Your shopping cart is empty.

Your shopping cart is empty.

I am reposting this, as is, from The Epoch Times news, as it strongly explains why I eschew any and all business establishments that eschew common sense, rationality, or human decency in favor of political rhetoric and tyranny, regardless of manifestations (including the assinine policies related to "Covid-19"/"CCP virus" extant at posting this). Yes, I recognize my personal policy amounts to the same as an attempt to "cancel" the cancel culture extant today, but nothing else, short of a national purge, seems likely to open their eyes to their own danger, let alone that which they cause others as the same parties who blindly endorse or participate (tacit endorsement) these policies indicate they have surrendered the use of their rational faculties and in many cases lack any desire to recover or exercise them for their own benefit, let alone any true consideration for anyone else:

Fed up and/or frustrated with mainstream methods and companies, not to mention governmental interference, our fellow and gal Americans have been building alternative structures as long as we have been alive.

Some have been useful, some not. Some lasted, most didn’t.

But now, in this time of vaccine passports and similar growing intrusions and regulations in our personal lives, you might even call them “traditional citizen lives” in the increasingly nostalgic Constitutional sense, that threaten to, indeed very much are, turning us into drones in an autocratic state, they have become more necessary than ever, even mandatory.

As in so many incipient autocracies—that’s what I’m calling it for now because it’s a state-managed capitalism and, like China, not really communism, bad as that is—fear stalks the land.

For what other than fear, bordering on terror, drives executives at our major corporations like Coca Cola to kowtow to the current racially-obsessed, politically-driven tripe as if they were sophomores buzzed on weed at some dormitory bull session? (The unintended benefit of this reactionary eyewash is some of us, myself included, may finally get off Coke Zero, definitely an improvement to health.)

The blog revolution at the beginning of this century is one of the alternative structures that has lasted, although it has morphed in various ways. So it shouldn’t be surprising that my friend Dr. Helen Smith—Ph.D. psychologist, prize-winning documentarian, and wife of “Blogfather” Glenn “Instapundit” Reynolds—is the latest, very welcome entrant in the world of alternative structures.

As she explains on Helen’s Page:

“A lot of people after the election are feeling more isolated than ever. So I made a place for them to meet each other. Helen’s Page is a place where people can come to find and help other liberty-minded people across the country—from selling your undiscovered screenplay or advertising your local bakery right down to finding an accountant, electrician, or other professional who shares your love of liberty.”

Selling an “undiscovered screenplay” may be more than a tad optimistic at this point, but the other suggestions make a lot of sense. And the site is already filling up with people hawking various wares to their liberty-minded colleagues and friends.

A high percentage of these wares appear to be books.

This is also not surprising given how difficult it is for right-leaning books to be reviewed or even noticed, but, yet more importantly, because of what is going on in the publishing world.

Amazon, the dominant force in publishing by a hitherto unimaginable amount, almost to the point of monopoly in essence, if not technically, turns out to be a book banner straight out of “Fahrenheit 451.”

The most recent is example of this horrendous, anti-free speech behavior is the sudden disappearance of “When Harry Became Sally: Responding to the Transgender Moment” by Ryan T. Anderson.

Although I have been published twice by the same publisher, Encounter, I have not read the book and cannot speak for its contents, but cannot imagine anything that would merit this treatment when Amazon sells “The Anarchist Cookbook,” “frequently bought together” (in their parlance) with the “U.S. Army Improvised Munitions Handbook” and “U.S. Army Guide to Unconventional Warfare.” “Mein Kampf” is also available.

We are obviously in the era of the New Corporate Dictators (Zuckerberg, Bezos, Dorsey, and whoever of multiple leaders is presently ruling Google/Alphabet) who are arguably as powerful as the conventional kind, more powerful in the crucial area of mind control.

Just today Facebook, bowing to the Sons of Goebbels at Media Matters, has, a second time, removed an interview with former President of the United States Donald Trump with the following juvenile email:

“We are reaching out to let you know that we removed content from Lara Trump’s Facebook Page that featured President Trump speaking. In line with the block we placed on Donald Trump’s Facebook and Instagram accounts, further content posted in the voice of Donald Trump will be removed and result in additional limitations on the accounts.”

When that can happen, alternative sites like Dr. Helen’s, small as they may be, become all the more necessary.

You know what they say about little acorns….

DISCLOSURE: All thirteen of my published books are currently for sale on Amazon, but I have no ability to remove twelve of them that were licensed to publishers in the conventional manner. Only my most recent novel—“The GOAT”—that was self-published as an experiment is under my control. But even that is difficult to unsnarl from the Amazon system with multiple editions, including Kindle, and the more complicated audiobook, which I share with the man who narrated it, who has his own fiduciary interest. But I’m working on it, looking for other venues and payment methods. Give it some time. Soon enough it may turn up on Helen’s Page.

Roger L. Simon is an award-winning novelist, Oscar-nominated screenwriter, co-founder of PJMedia, and now, editor-at-large for The Epoch Times. His most recent books are “The GOAT” (fiction) and “I Know Best: How Moral Narcissism Is Destroying Our Republic, If It Hasn’t Already” (nonfiction). He can be found on Parler as @rogerlsimon.

Here is another article along similar lines, that shows I am not alone, and why I will never kow-tow, cater, or support today's so-called "progressive" political stances, behavior, or outrageous 'mandates':

New Book Announcement: "Tales of the Dark Forest"
U.S. Must-See Waterfalls
Tales of the Dark Forest: A Prelude (Fairytale Views to See for Yourself)
Most Colorful Photography Sites in the United States
8 American Islands You Never Knew to Visit...
10 Top Towns for Romantic Getaways...
New Social Group!!!
An alternative to Instagram...?
Support Honest Businesses...
Publishing Is a Brutal Process

The presence of this badge signifies that this business has officially registered with the Art Storefronts Organization and has an established track record of selling art.

It also means that buyers can trust that they are buying from a legitimate business. Art sellers that conduct fraudulent activity or that receive numerous complaints from buyers will have this badge revoked. If you would like to file a complaint about this seller, please do so here.

This website provides a secure checkout with SSL encryption.

The Art Storefronts Organization has verified that this Art Seller has published information about the archival materials used to create their products in an effort to provide transparency to buyers.

Information available upon request. Please specify product you are inquiring about as a combination of self and vendor sourced products are used and makes a concise and comprehensive list impossible.

Your cart is currently empty.

This is only visible to you because you are logged in and are authorized to manage this website. This message is not visible to other website visitors. 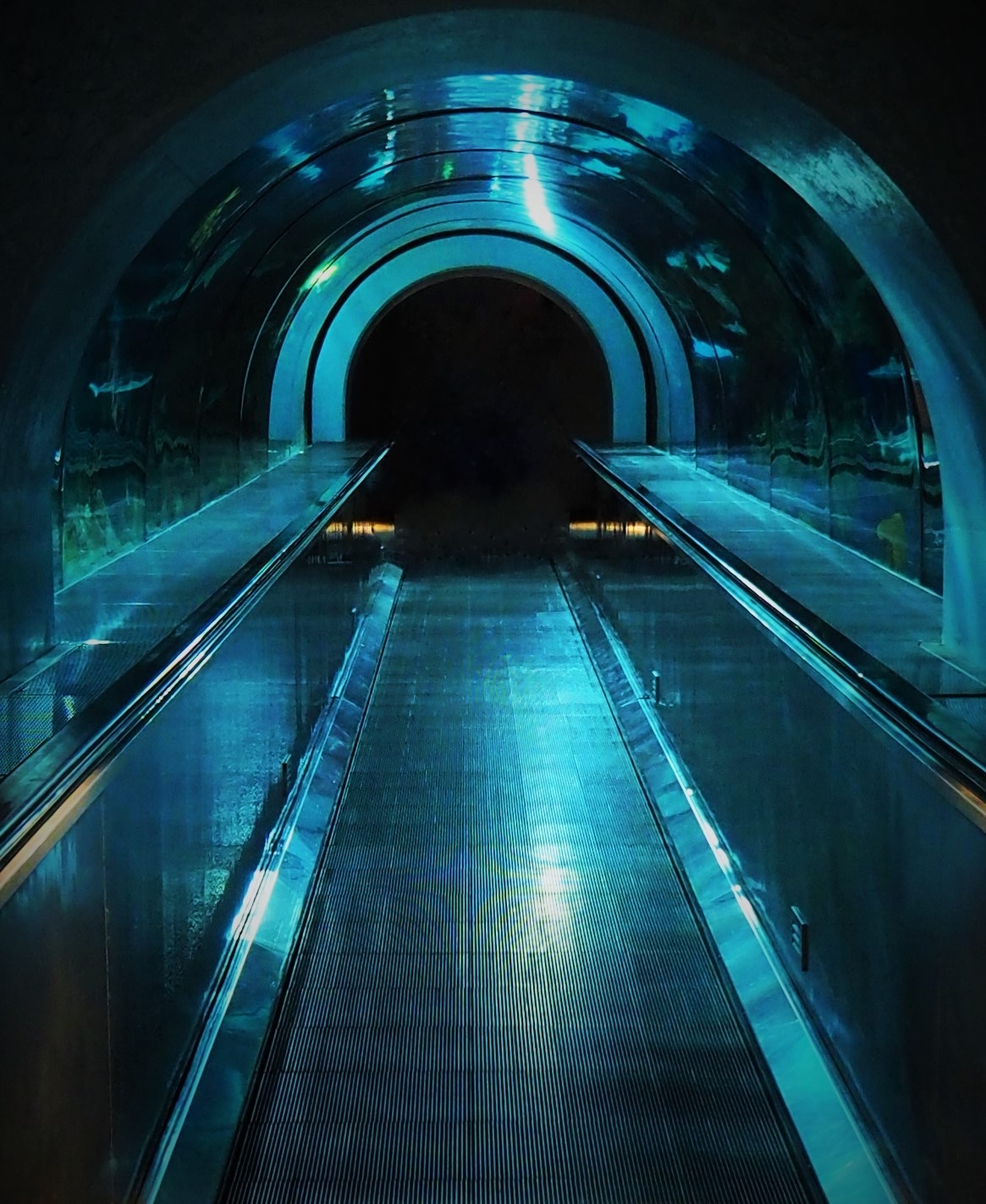 The above preview shows how to use the live preview on this website.

Art by AEllis provides you with Augmented Reality for a Live Preview on Your Wall...of any Art on our site.

This means you can superimpose any piece of art sold on this site onto a wall inside of your home or business with use of the camera on your phone or tablet. See for yourself exactly how a particular piece will look on your wall, before you buy. You can even adjust the size, to make sure you are buying the right size for your space. Always achieve the desired effect and impact in your home, at the first try. Never need to return or find a new piece of art for that blank spot on your wall again!

To use this feature, Just look for the "Live Preview AR" button near the bottom of the page whenever you view any piece of art on this website!

Below, select which favorite lists you would like to save this product into.

Enter your email below to subscribe to our VIP Collectors family to stay up to date on any new pieces as they become available, any special events or appearances by the artist, behind the scenes updates, to receive exclusive VIP discounts, and an immediate bonus:

we'll email you a 20% OFF Coupon you can use right away!

This offer is valid for NEW CUSTOMERS only!

No thanks
<p> Cookies are important to the proper functioning of an up to date site. To improve your experience, we use cookies to enable shopping cart functionality, to remember log-in details, provide a secure log-in, collect statistics to optimize site functionality, and deliver content tailored to your interests. Please click "Accept" to allow the use of these cookies and proceed on our site, or click on "Learn More" if you wish to learn more about our Privacy Policy before accepting their use. </p>